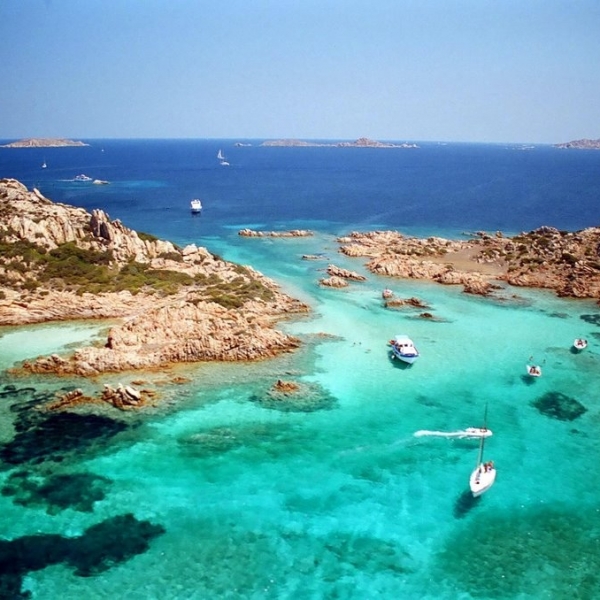 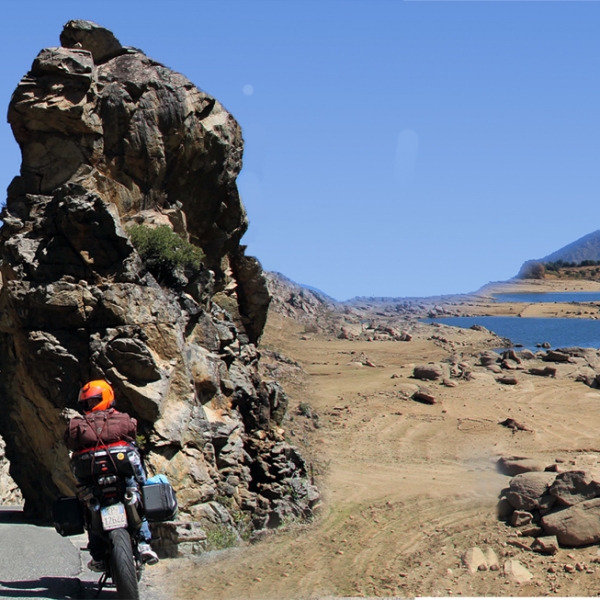 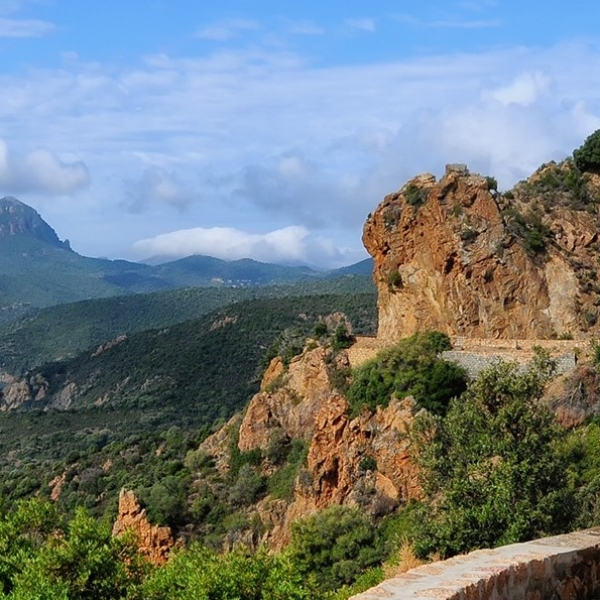 Day 2.
SARDINIA SOME
120km. Pelosa beach. Capo Falcone. Capo Caccia. Alguer
Arrival in Porto Torres at 11:30. We take motorbikes to eat at Pelosa and Capo Falcone beach (km 35). After lunch, stop on the cliffs of Capo Caccia. There is also the Grotta di Nettuno, the most spectacular sea cave in Sardinia. In order to visit it, we will first have to go down the imposing staircase carved into the rock.
We will end the day in Alghero, with enough time to walk around the city and see its walls, the port, the historic center and the shops of red coral.

Day 3.
SARDINIA NORTH COST
275km. Lake of the Temo. Lake of Coghinas. Castelsardo. Capo Testa. Sta Teresa Gallura. Bonifacio
Route through the north of the island, first through the interior, passing by Lake Temo and Lake Coghinas to Castelsardo, where we can stop to eat. In the afternoon, coastal route through one of the best roads on the island, and that leads to Capo Testa. In Sta Teresa Gallura we will take the ferry from 5:00 p.m. to cross into Corsica. We arrived in Bonifacio with time to have a drink in the center, before going to dinner at the hotel.

Day 4.
CORSICA. BAVEL·LA and COSTA ESTE
210km. Bavel·la needles. Zonza Notre Dame des Neiges. Cascades of Polischellu and Purcaraccia (slides and impressive natural pools and cannons). Palombaggia, Sta Giulia and Rondinara beaches.
Today we can leave our bags at the hotel and make this circular route through the southeast of the island a little lighter. The first part of the route will be through the interior, to reach the needles of Bavel·la, Notre Dame des Neiges and the Cascades of Polischellu and Purcaraccia.
In the second part of the route we will return along the east coast, where the best beaches of the island (Rondinara, Sta Giulia and Palombaggia) are located. We will eat near one of them and if someone is encouraged to bathe, you can release the summer season very soon.
Bonifacio is also worth traveling more calmly, so in the afternoon we will have time to walk through its narrow streets and photograph the calcareous cliffs on which the citadel was built.

Day 5.
CORSICA. CORRICA CENTRAL
280km. Cut. Ajaccio
The spectacular route today will take us on the D69, a road that connects the south with the city of Corte and the Natural Park of the center of the island. 200km of curves to enjoy the motorcycle and the mountain landscape.
We will eat in Corte, the historical and cultural capital of the island and finally we will head again towards the coast to end the day in Ajaccio, the main port of Corsica.

Day 6.
CORSICA. WEST COAST AND CAPE CORSE
350km. Port. Ponte Vecchiu. Calvi Nonza Corporal Corse Bastia
Day to tour the entire northwest coast of Corsica, at the foot of Mount Cinto. We will cross the Calanques de Piana, huge formations of orange granitic rock, perforated by cavities called taffoni that draw very curious shapes.
We will also pass through the golf of Liscia and Sagone, and the cities of Porto, Calvi and Nonza, the latter already in Cape Corse, the wildest and quietest part of the island. Along the Corse Cape we can see from the motorcycle some of the 32 Genovesa towers that were built during the occupation and after the group photograph at the most northern point of the island, we will finally head towards Bastia, where we will spend the last Night to the island.

Day 7.
LAS CINQUE TERRE
170km. Livorno Cinque Terre. Monterosso
The ferry that will take us to the mainland leaves early in the morning. Before 1:00 p.m. we will arrive in Livorno, where we will eat. In the afternoon we will go directly to the Cinque Terre, the stretch of coast that goes from Punta di Montenero to Punta Mesca and includes the villages of Riomaggiore, Manarola, Corniglia, Vernazza and Monterosso. They say it is one of the most beautiful natural places in the world, world heritage of humanity. The five villages are built on the sea, on the same lap of the mountain and the difficulty of access and construction has kept them almost intact over the years.
We will spend the night near Monterosso, the last of the Cinque Terre villages.

Day 8.
RALLY DE SANREMO
450km (160km highway + 100km San Remo rally + 160km highway)
We change the scenery to continue with the curves, this time from the Sanremo Rally, the oldest rally in Italy, which has been doing since 1928. Tocará make a first stretch of highway to approach Stellanello, from where the first of the 10 specials that make up the test begins. The best way to link them all will be from here and in the direction of Sanremo, to make a total of 100km of the best curves.
Arriving in Sanremo, we will take the motorway again to stop at Saint Tropetz, one of the most important tourist locations on the French Riviera, and where we will spend this last night of the trip.

RETURN
580km approx.
There are less than 600km back to Vic. We will all do them by highway with the intention of being at home in the middle of the afternoon, ending this trip full of coastal roads, Mediterranean landscapes and charming villages.